I spend a lot of time traveling, or in my little house out in the country, which means my charming apartment in Vienna’s beautiful city center is empty most of the time. I’ve made my own small urban country club on these 42 square meters. The building, from the late Middle Ages, is located at one of the best addresses in town, very near to renowned art galleries, popular attractions, chic restaurants, and traditional Viennese cafés, as well as the best jewelers and finest fashion stores in Vienna.

A bevy of stores and small shops line the charming narrow and car-free street, framed on either side by beautiful historic façades. The small street curves to the right into the courtyard at its end, observing the former boundary of the ancient Roman fortress Vindobona. The old city moat once flowed along the left of the Naglergasse. Unfortunately, the idea of covering the moat and building a horse track in it was never realized. One can easily reach the Spanish Riding School in Vienna’s Hofburg Palace – on foot or with a traditional Viennese horse-drawn carriage – where the world-famous Lipizzaner horses can be admired performing in one of their wonderful dressage riding shows. 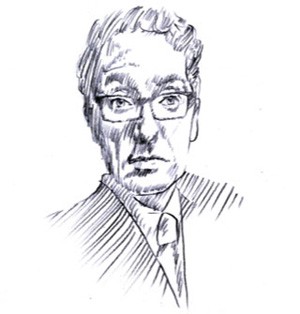 I was a very active jockey when I was younger and am still deeply connected to horseracing and equestrian sports. This can be seen in the decor my apartment, which I like to call “Raul’s private country club”. It’s more like going into a racing stable than an apartment, with all the souvenirs, pictures, trophies, and books on horses. How does that saying go? Happiness on earth is on the back of a horse!